In this review, we go over the best Sony Xperia XA2 contract deals, as well as giving you all of the information you need to make a purchase decision.

Most networks offer some impressive Sony Xperia XA2 deals at the minute, the phone can be attained for around £15 per month.

The Sony Xperia XA2 camera is rather impressive and can allow even the most novice photographer to capture some stunning shots.

When unboxing the phone you will be greeted with a chunky Xperia design, it is rectangular and has some pretty bevelled edges, weighing 171g it also feels quite heavy for a smartphone giving it a more premium feel when holding the phone.

The sides and top of the phone are aluminium whilst the bottom is metal underneath making it scratch very easily.

The back of the phone is also plastic rather than glass or metal and this is simply down the cost and to separate the phone from its more premium models such as the Sony Xperia XZ2 Premium.

Other benefits you would miss out on with this phone is that it is not water-resistant and has no official IP rating, meaning being very careful when using the phone in the bathroom or by the beach. 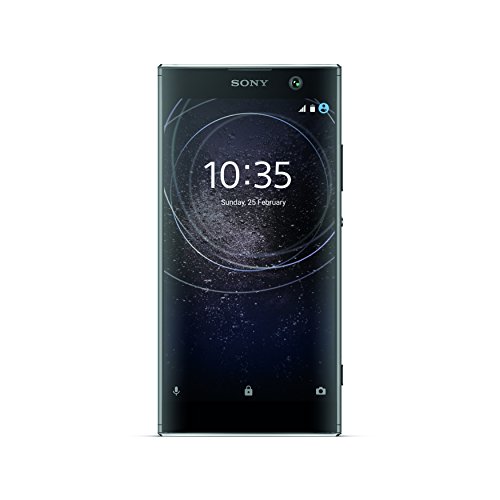 The 1080p resolution makes text and images look sharp, but when first switching the phone on the colours do seem a little dull but this is because it disables its colour optimisation as standard and this can be changed once in the settings.

The screen does have a standard and vivid modes, vivid mode gets you more highly saturated colours and adjusting the screen tone can be done in the temperature controls.

The display of this phone isn’t too crazy but for a budget phone, it is surprisingly good, watching Youtube was okay but its never going to be an OLED.

Anyone who watches a lot of movies on their device should maybe consider the Sony Xperia XA2 Ultra instead as it is 6-inches and much more comfortable for long viewing hours.

Storage on the phone may be an issue as the phone comes standard with 32GB, but right out of the box over half of this is taken up by Android and Sony’s apps.

If you are somebody that loves to download music onto their device and takes lots of photos then I would take advantage of the MicroSD slot that is available on the phone, allowing you to expand the available space up to 256GB.

Qualcomm Snapdragon 630 and 3GB of RAM also keep the phone in good stead when running multiple apps and using the phone more intensely, this chip is used for mid-range phones and keeps everything running smoothly, fast-paced action games ran with no lag which was very impressive for a phone of this price.

Sony has also skipped stereo speakers with this phone and instead have used the call driver to act as a second speaker.

The sound quality wasn’t an issue with this phone and when gaming and watching Youtube and Netflix it sounded okay.

The Sony Xperia XA2 does have a fingerprint scanner which works surprisingly well, it sits at the back of the phone and is fast and reliable.

The scanner is great for security purposes and allows nobody else to access your phone if you don’t want them too, its great for online banking and storing passwords too.

The Sony Xperia XA2 camera is great, however, it is similar camera to the XA1, there is a single very high-resolution 23MP on the back using a 1/2.3-inch sensor.

This allows for better performance at night and in low light situations and offers a lot better detail when in good lighting.

Photos look very great with good sharpness and contrast, the XA2 managed well when we aimed the camera without focusing on anything and exposed the scene well.

There is also an 8MP selfie camera for taking clean snaps of your face, these are prone to a little bit of over-saturation but the wide-angle lens is great for capturing the scenery or taking group photos with friends.

The video quality on the phone is very good too and captures reasonably sharp full HD movies, the steady shot image stabilisation really helps cut down on shimmers.

Going up to 60fps will require you to stand a little more still as the steady shot isn’t available for this frame rate but the final product is a lot better.

The Sony Xperia XA2 battery life is decent too, it has 3300mAh battery that you can expect to last a full day on a single charge.

Although playing a high-resolution video in 720p will drain around 25% of the charge, which is pretty disappointing and we expected more.

However, the phone does have a stamina mode allowing you to squeeze as much juice out of it as possible and will make life a little easier when you’re on the last 20%.

The XA2 does support Qualcomm Quick Charge 3.0 which makes for extremely fast charging.

Overall the battery life of the Sony Xperia XA2 is strong, we found it more than capable of lasting us a full day even when using that strong display a lot to watch movies.

Overall the phone is good and is easy to recommend to someone wanting a phone with a good camera who likes taking multiple shots and even recording 4K home videos.

However, there is definitely some fierce competition especially in this price bracket such as the Huawei P Smart, Moto G5S and the Samsung Galaxy A5 as they largely offer the same thing but some even cheaper.

The Sony Xperia XA2 battery life is strong, you can expect it to last you around a full day from a single charge, and thanks to its quick charge features you won’t be waiting forever for a recharge.

That being said the XA2 is great for watching videos as we found the display to be one of the best aspects of the phone, and battery life is average with it lasting you a full day but being drained very easily.

The Sony Xperia XA2 camera is impressive, it won’t win any gold medals but it will certainly capture you some stunning shots.

link to How To Switch Broadband Provider

How To Switch Broadband Provider So you’ve had it with your current home broadband provider? Speeds are ridiculously slow, and every time you call them they tell you to turn it off and back on...

The Sony Xperia 5 is a brand new 2019 smartphone which offers users a slim, tall design and some impressive specifications. In this post, we are going to showcase the best Sony Xperia 5 deals in...

Here at Device Dictionary we strive to bring you honest, unbiased reviews on the latest and greatest technology. We understand how hard it is to find a technology website, specifically mobile tech that skips past the jargon and provides value, so we created one.

Device Dictionary is a participant in the Amazon Services LLC Associates Program, an affiliate advertising program designed to provide a means for sites to earn advertising fees by advertising and linking to Amazon.com. Partially supported by Amazon Affiliate Links, which may earn us a small commission if you click on them. There is no extra cost to you and by doing so you help support us and keep us posting weekly content.