The Sony Xperia XZ1 was released on 31st August 2017 and is Sony’s more budget smartphone.

In this review, we give you all of the information you need on the phone, as well as showcasing the best Sony Xperia XZ1 contract deals.

The phone is priced at around £400 in the UK and the phone is as you would expect for this price range, basic but with some cool features too.

At first glance of the Sony Xperia XZ1 review UK, you may not notice much difference from the Sony XZ which is the XZ1’s predecessor, this is because Sony has only changed the design slightly in the last four years.

The Sony Xperia XZ1 camera is nothing short of impressive, offering lots of cool features that can produce social media-ready images, with ease.

Sony seems to be very proud of their boxy and squared-off design and have chosen it again with the XZ1. So the XZ1 undoubtedly looks a little outdated now as Sony has used a similar thing for years.

Although the XZ1 does have a more slick, premium feel compared to last year with the XZ.

The Sony Xperia XZ1 is IP65/68 dust-resistant and waterproof and Sony claims it can survive being dunked in water for up to 30 minutes at a depth of 1.5m.

On the sides of the phone, you will find there are a SIM and microSD tray on the left which is extremely fiddly to get out and when re-inserting the tray there is no reassuring click to let you know that it is in the correct position. 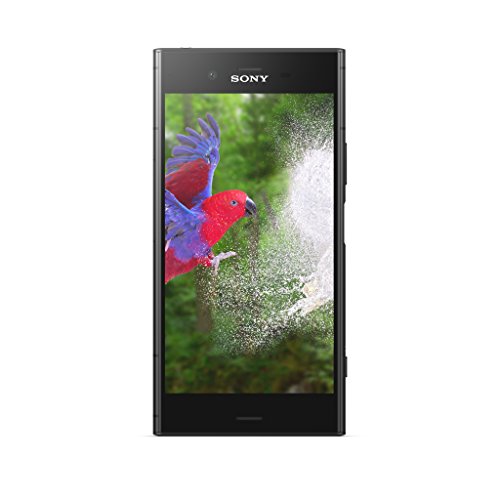 There are a volume rocker, dedicated camera button and concave power button on the right-hand side and there is also a fingerprint scanner underneath the power button but this is not available in the US for some unknown reason.

On to the 5.2-inch Full HD 1080p display which is simply stunning, it is made from Gorilla Glass 5, which will give you a little peace at mind when it’s floating through mid-air about to smash into the ground.

The display is sharp and everything is easy to read, there is a high level of detail and Sony has even added HDR support meaning even brighter visuals are supported from the likes of Netflix and Youtube.

The XZ1 has 64GB of internal storage and 4GB of RAM giving you a lag-free performance even when running the phone intensely.

The bottom of the phone does have a USB-C charging port and you will find a 3.5mm headphone jack at the top of the phone unlike a lot of more recent flagships.

The overall design of the phone is premium and actually feels very good in your hand, although it isn’t the most aesthetically pleasing phone, it sure does have something about it that a lot of Sony lovers clearly like.

The XZ1 is running Snapdragon 835 which is a very powerful chip and is the main reason behind the battery life not being ideal on the phone, this being said the overall experience of the phone compensates for the lack of juice.

One feature you won’t find on this phone is a fingerprint sensor, which is pretty disappointing for a 2017 phone.

Sony has really upped the speaker game on this phone and now have the new S-force surround technology which provides 50% more sound pressure than the speakers on the XZ, giving you a great overall experience when gaming or listening to music on the phone.

As they are front-facing it means that it’s not easy to block by your hand as it is on iPhones or a lot of Samsung phones.

The Sony Xperia XZ1 camera is nothing short of amazing, that’s why in the XZ1 they have used the same rear-facing camera as the Xperia XZ Premium.

That means you get five-axis image stabilisation, an aperture of f/2.0 and super slow-motion video recording at 960fps.

The 19MP lens is great and Sony has implemented a couple of cool features.

The first being that the Xperia XZ1 enables you to capture a burst of shots while staying focused on moving objects, allowing you to take to up to 100 shots in just 10 seconds.

Another cool improvement of the camera is the predictive capture, this feature actually takes 3 shots before you even hit the shutter key, so even if your finger pisses the button there is still a very strong chance that the XZ1 has captured a desirable image.

This is great in situations where you are taking group photos as it means you can never really miss a smile.

The camera in the XZ1 is very desirable and as with all of there devices they really shout about the camera, as they should with it being one of the main selling points for them, the XZ1 has an auto mode which provides simple point and shoots options for people who just want to take a quick snap.

Where the camera really falls down on this phone is in low-light situations, trying to take good quality photos in a nightclub would really be a struggle.

The camera struggles to focus and with the flashing lights, it really struggles to produce any clear images at all. This is just something to bear in mind as most Samsung phones such as the S8, S8 Plus and Note 8 all perform really well in low lighting and some are around a similar price.

At the front of the phone, there is a 13MP wide-angle camera which produces some pretty good selfie photos, it provides good quality snaps and there is an option to use the screen as a flash to help brighten your selfies in low light situations.

But the real star of the show is that the Sony Xperia XZ1 is able to shoot video in 4K and also record in super slow motion at a whopping 960fps.

The video recording is seriously impressive and the ability to record in 4K is great, although with the display only being Full HD you might want to transfer the footage to a different device to really see how good the footage is.

When it comes to the Sony Xperia XZ1 battery life, it’s not great and it has been reduced from the Xperia XZ.

You get a 2700mAh battery, which is enough to run the phone a full day from a single charge although you would definitely need to top up throughout the day if you were using the phone intensely for gaming or watching multiple videos.

The XZ1 does have a pretty smart Stamina Mode which comes in handy as it warns you about applications that are using a lot of power in the background and it learns your daily usage to predict your day’s consumption.

This is nice to have an actually works great when in situations where you’re on your last 20% but are nowhere near a charging port.

Topping up the phone is great and it supports QuickCharge 3.0 which gives you a 50% charge in just 30 minutes making it extremely quick and efficient to get fuelled up before heading out the door.

That being said the Sony Xperia XZ1 battery life isn’t going to win any gold medals, and if you’re looking for a device that will keep you going for days, this may not be the phone for you.

Overall the phone is good and is priced very fairly for what Sony has to offer in this phone.

The Sony Xperia XZ1 camera is strong and has some very cool features, the 4K video recording produces some great footage too.

However, there are other competitors that do a lot of the same things as this phone but slightly better, for example, the Samsung Galaxy S8.

If you’re a Sony fan and like what they do then this is a great budget phone and it’s not hard to recommend for people who love watching videos and taking great photos.

It does lack the battery life but more than makes up for it with the overall performance and the extremely fast charging capability.

The XZ1 is a solid phone if you love taking high-quality video footage and photos.

It’s also great if you watch multiple Youtube videos or Netflix episodes as it has a fantastic display.

The Sony Xperia XZ1 battery life does lack stamina, but it more than makes up for it with its quick charge and other cool features.